Home > About Tidewater > Board of Directors

Tidewater Board of Directors

Larry T. Rigdon - Chairman of the Board 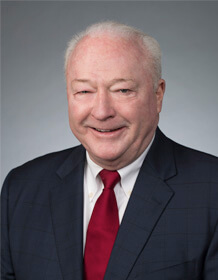 Mr. Rigdon, who was initially appointed to serve as an independent director in connection with our restructuring, served as Tidewater’s interim President and Chief Executive Officer between October 2017 and March 2018. He has over 45 years of experience in the offshore oil and gas industry. Mr. Rigdon worked as a consultant for FTI Consulting from 2015 to 2016 and for Duff and Phelps, LLC from 2010 to 2011. He served as the Chairman and Chief Executive Officer of Rigdon Marine from 2002 to 2008. Previously at Tidewater, Mr. Rigdon served as an Executive Vice President from 2000 to 2002, a Senior Vice President from 1997 to 2000, and a Vice President from 1992 to 1997. Before working at Tidewater, he served as Vice President at Zapata Gulf Marine from 1985 to 1992, and in various capacities, including Vice President of Domestic Divisions from 1983 to 1985, at Gulf Fleet Marine from 1977 to 1985. Mr. Rigdon currently serves as a director of Professional Rental Tools, LLC. He formerly served as a director of Jackson Offshore Holdings, Terresolve Technologies, GulfMark Offshore, and Rigdon Marine. 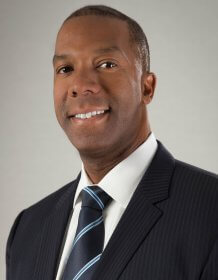 Mr. Anderson currently serves as President and Chief Executive Officer of Stallion Oilfield Holdings, Inc. (NYSE: SLOH). He previously served as President and Chief Executive Officer, and as a member of the Board, of Ranger Energy Services, LLC (NYSE: RNGR), from March 2017 until July 2021, where he was responsible for successfully implementing and executing an IPO on the NYSE in August 2017, as well as consolidating four entities to form the current Ranger Energy Services, known today as a market-leading well services company, and Permian Basin wireline completion business. Mr. Anderson was previously an executive of Express Energy Services from 2004 through 2015, serving as its President and Chief Executive Officer from 2008 to 2015. Subsequent to his time as President and Chief Executive Officer of Express Energy Services, Mr. Anderson evaluated potential acquisition opportunities from 2015 to 2016, and consulted for Littlejohn & Co., LLC from 2016 to 2017, and for CSL Capital Management, L.P. during 2017. Mr. Anderson began his career in the oil and natural gas industry as a drilling engineer for Chevron Corporation in 1991 holding positions of increasing responsibility across U.S. Land, Offshore and Canada. Mr. Anderson resigned from Chevron in 1998 to pursue an entrepreneurial career in oil field services where he has spent the last 23 years building successful service organizations focused on land and offshore drilling, completion and production operations. Mr. Anderson holds a Bachelor of Science in Petroleum Engineering from the University of Texas at Austin. 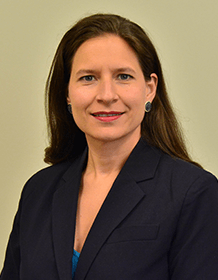 Ms. Cougle was most recently the Senior Vice President and Chief Financial Officer of Frank’s International N.V., a global oilfield services company specializing in well construction services. Ms. Cougle joined Frank’s International in 2019 leading its strategic efforts and the finance and technology organizations through the completion of the Frank’s merger with Expro Group [NYSE: XPRO] in 2021. Prior to Frank’s International, Ms. Cougle served as the Chief Financial Officer of National Energy Services Reunited [NASDAQ: NESR], a publicly-traded oilfield services provider with operations focused in the Middle East and North Africa, where she led the company through its first year as a public entity. Prior to her experience as a CFO, Ms. Cougle worked for 13 years at Ensco plc, a global offshore drilling contractor, and its legacy company, Pride International Inc., holding positions of increasing responsibility throughout her tenure across the finance, accounting and information technology groups. Prior to her departure, she served as Vice President and Treasurer and Vice President of Integration. Ms. Cougle also serves on the Advisory Board of the Energy Workforce and Technology Council representing companies across the energy services sector where she serves as Board Liaison for matters concerning ESG with a particular focus on diversity and inclusion.

Ms. Cougle began her career in the consulting and assurance practice of Arthur Andersen LLP serving multiple clients across several industries with a focus on industrials and energy. Her consulting group later became the founding employees of the Protiviti, a management consulting firm. Ms. Cougle earned a Bachelor of Science degree in Accounting from Louisiana State University and is a licensed CPA in the State of Texas. 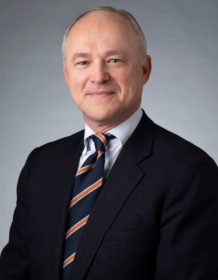 Mr. Kneen was appointed President, CEO and Director of Tidewater in September 2019. Prior to this appointment, he served as Executive Vice President and Chief Financial Officer at Tidewater since November 2018 following its acquisition of GulfMark where he served as President and Chief Executive Officer since June 2013.  Mr. Kneen joined GulfMark in June 2008 as the Vice President – Finance and was named Senior Vice President – Finance and Administration in December 2008. He was subsequently appointed as the Company’s Executive Vice President and Chief Financial Officer in June 2009 where he worked until his appointment as Chief Executive Officer. In May 2017, GulfMark filed a voluntary petition for relief under the provisions of Chapter 11 of the United States Bankruptcy Code in the United States Bankruptcy Court for the District of Delaware. On November 14, 2017, GulfMark emerged from bankruptcy (the “GulfMark Reorganization”). Before his tenure at GulfMark, Mr. Kneen was Vice President-Finance & Investor Relations for Grant Prideco, Inc., serving in executive finance positions at Grant Prideco since June 2003. Prior to joining Grant Prideco, Mr. Kneen held executive finance positions at Azurix Corp. and was an Audit Manager with the Houston office of Price Waterhouse LLP. He holds an M.B.A. from Rice University and a B.B.A. in Accounting from Texas A&M University, and is a Certified Public Accountant and a Chartered Financial Analyst.

Louis A. Raspino - Chairman of Compensation Committee and Member of Audit Committee 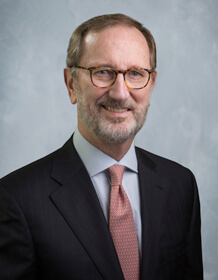 Mr. Raspino’s career has spanned almost 40 years in the energy industry, most recently as Chairman of Clarion Offshore Partners, a partnership with Blackstone that served as its platform for pursuing worldwide investments in the offshore oil and gas services sector, from October 2015 until October 2017. Mr. Raspino served as President, Chief Executive Officer and a director of Pride International, Inc. from June 2005 until the company merged with Ensco plc in May 2011 and as its Executive Vice President and Chief Financial Officer from December 2003 until June 2005. From July 2001 until December 2003, he served as Senior Vice President, Finance and Chief Financial Officer of Grant Prideco, Inc. and from February 1999 until March 2001, he served as Vice President of Finance at Halliburton. Prior to joining Haliburton, Mr. Raspino served as Senior Vice President at Burlington Resources, Inc. from October 1997 until July 1998. From 1978 until its merger with Burlington Resources, Inc. in 1997, he held a variety of positions at Louisiana Land and Exploration Company, most recently as Senior Vice President, Finance and Administration and Chief Financial Officer. Mr. Raspino previously served as a director of Chesapeake Energy Corporation and chairman of its audit committee from March 2013 until March 2016, and as a director of Dresser-Rand Group, Inc., where he served as chairman of the compensation committee and member of the audit committee, from December 2005 until it was acquired by Siemens AG in June 2015. He has served as a director of Forum Energy Technologies (NYSE: “FET”), a global oilfield products company, since January 2012 and currently serves as the chairman of its compensation committee. Mr. Raspino also currently serves on the board of American Bureau of Shipping (ABS), where he is a member of the audit and compensation committees. Mr. Raspino served as Chairman of the GulfMark board from November 2017 until consummation of the business combination. 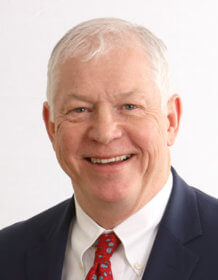 Mr. Robotti has been the president of Robotti & Company Advisors, LLC (a registered investment advisor) and Robotti Securities, LLC, formerly known as Robotti & Company, LLC (a registered broker-dealer), and their predecessors, since 1983. He has been the Managing Director (and previously, managing member) of Ravenswood Management Company, LLC (and its predecessor) since 1980, which serves as the general partner of The Ravenswood Investment Company, L.P. and Ravenswood Investments III, L.P. Mr. Robotti served as a portfolio manager of Robotti Global Fund, LLC, a global equity fund, from 2007 to March 2015. He currently serves as a director and Chairman of the Board of Pulse Seismic Inc. (TSX: “PSX”), the leading seismic library data provider to the western Canadian energy sector, and has held these positions for the past five years. Mr. Robotti has served on the board of directors of AMREP Corporation (NYSE: “AXR”), a real restate business focused in New Mexico, since September 2016, and on the Board of PrairieSky (TSX: “PSK”), which acquires and manages petroleum and natural gas royalty properties in Canada, since October 2019. Mr. Robotti was a director of PHX Minerals Inc. (NYSE: “PHX”), formerly known as Panhandle Oil & Gas Inc. and Panhandle Royalty Company, a diversified minerals company, from 2004 to May 2020, and was a director of BMC Building Materials Holding Corporation, a construction supply company, from 2012 until just prior to the completion of its merger with Stock Building Supply Holdings, Inc. on December 1, 2015. Mr. Robotti was a member of the SEC’s Advisory Committee on Smaller Public Companies from 2005 to 2006, which was established to examine the impact of Sarbanes-Oxley, as well as other aspects of federal securities law, and also served on its corporate governance subcommittee. He worked in public accounting before coming to Wall Street and is currently an inactive CPA. Mr. Robotti holds a B.S. from Bucknell University and an M.B.A. in Accounting from Pace University. In addition, he serves on the Boards of many non-profit organizations where he generously donates his time and expertise. 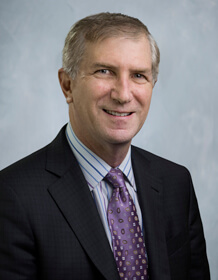 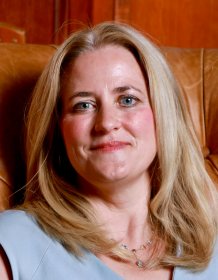