Mr. Kneen was appointed President, CEO and Director of Tidewater in September 2019. Prior to this, he served as Executive Vice President and Chief Financial Officer at Tidewater since November 2018 following its acquisition of GulfMark where he served as President and Chief Executive Officer since June 2013.  Mr. Kneen joined GulfMark in June 2008 as the Vice President – Finance and was named Senior Vice President – Finance and Administration in December 2008. He was subsequently appointed as the Company’s Executive Vice President and Chief Financial Officer in June 2009 where he worked until his appointment as Chief Executive Officer. Before his tenure at GulfMark, Mr. Kneen was Vice President-Finance & Investor Relations for Grant Prideco, Inc., serving in executive finance positions at Grant Prideco since June 2003. Prior to joining Grant Prideco, Mr. Kneen held executive finance positions at Azurix Corp. and was an Audit Manager with the Houston office of Price Waterhouse LLP. He holds an M.B.A. from Rice University and a B.B.A. in Accounting from Texas A&M University, and is a Certified Public Accountant and a Chartered Financial Analyst. 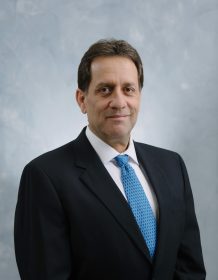 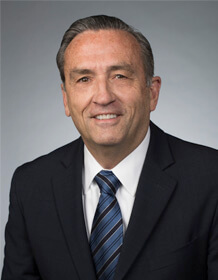 Mr. Darling joins Tidewater with over 24 years of domestic and international human resources experience, most recently as Senior Vice President and Chief Human Resources Officer for GulfMark Offshore, Inc., where he was the Human Resource Director since 2007. Prior to GulfMark, he served in executive human resources roles with Rigdon Marine and a subsidiary of Ford Motor Company. Mr. Darling has additional offshore vessel industry experience as a Vessel Master and Operations Manager. 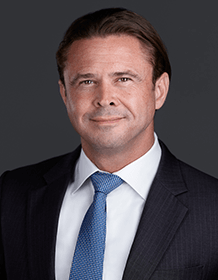 Mr. Hudson joined Tidewater in 2006, having previously worked in healthcare administration. From 2007 to 2012 he served as Staff Attorney. In 2012 Mr. Hudson was promoted to Regional Counsel, based internationally to provide legal support for many of the company’s global locations. He was promoted to Managing Counsel in 2015 and most recently served Tidewater as Assistant General Counsel beginning 2017. Mr. Hudson returned from living overseas to the Houston office in 2018.

Mr. Hudson attended the University of St. Thomas in Houston, received his JD from Loyola University New Orleans College of Law, and has completed the Leading Operational Excellence program at MIT Sloan School of Management. He is a member of the Louisiana Bar.

Mr. Hudson lives in Houston with his wife and two daughters. 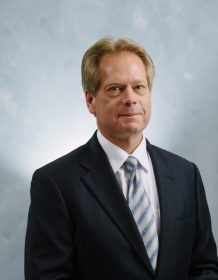 Mr. Johnson is an inventor on nine technology patents and won Nortel Networks President’s Award for Excellence for leading the systems consolidation of multiple business units achieving savings of $50M. In 2017, the GulfMark IT and business team was selected as a CIO 100 award winner, recognizing GulfMark as one of the top 100 organizations around the world that exemplify the highest level of operational and strategic excellence in information technology. This team award was for delivering structural efficiency gains for the business through automation, process optimizations and operational scalability.

Mr. Johnson has a Bachelor of Science degree from Pennsylvania State University and attended the Master’s program in Computer Science with concentration in Software Engineering at Southern Methodist University. 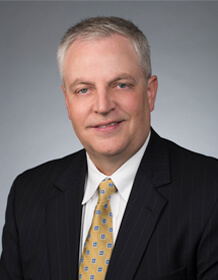 Darren earned his Bachelor of Business Administration from Texas A&M University in 1987, and worked for six years at Price Waterhouse in Houston, including his final role as Audit Manager. He joined Tidewater as Treasurer in January 2009, following 14 years in various senior financial positions with offshore drillers Transocean (1993 to 2002) and TODCO (2003 to 2007). His many roles at Transocean included regional finance manager of the shallow water division, corporate senior strategic planning analyst, director of budgeting and forecast, Middle East region controller and manager of internal audit. At TODCO, Darren served as Controller until July 2003, when he assumed the role of Treasurer. At Tidewater, he has responsibility for all treasury and banking functions.

Darren lives in Houston, Texas with his wife and their four children.